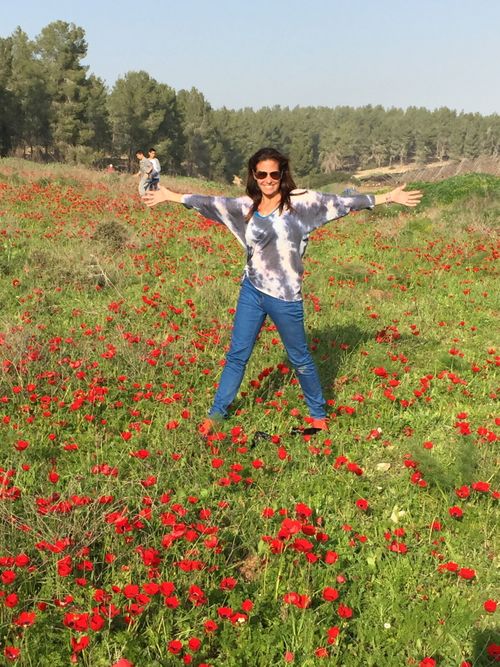 Emily is the Senior Culture reporter and Host of “Holy Land Uncovered”, the biblical, spiritual and historical show on i24 News, an international English TV network based in Israel and broadcast in over 20 million homes in the US and Europe.

With over two decades of Emmy award-winning Television Hosting, Reporting, Interviewing and Producing experience from New York City to Israel, Emily Frances is recognized by colleagues, viewers and the people she interviews, for her charm, warmth, conversational interview style on camera and her creative, compelling magazine storytelling abilities as a producer.

Born and raised in Malibu, California, Emily Frances is a multiple Emmy award winning content producer and TV personality from her years as Entertainment Anchor on WPIX TV Morning News in New York, USA including live coverage of The Academy Awards Red Carpet.

Emily’s spiritual, personal and professional journey led her to move thousands of miles away to Israel in 2013 with her husband and two small children. Before returning to work in television, Emily took a deep dive into the study of The Zohar, the book of Jewish Mysticism, the Torah, Biblical History, Esoteric Astrology, Past Lives, Genealogy and how it all applies to the enlightenment of the Renaissance of Europe; Plus the prophecies of the Jewish Mystics of the Golden Age of Spain and how they link the Spanish Inquisition to the discovery of the Americas, continuing all the way through the Civil War into modern times as we enter the dawning of the New Age of Enlightenment, which also includes the In gathering of the Lost Tribes.

Emily Frances is the multiple Emmy Winning Entertainment Anchor from her days on WPIX TV in NYC. These were the good ole days. Interviews with the biggest stars from Clooney to Hanks and beyond. Now Emily is living in Israel hosting "Holy Land Uncovered" on i24 News TV airing in the USA and around the world.